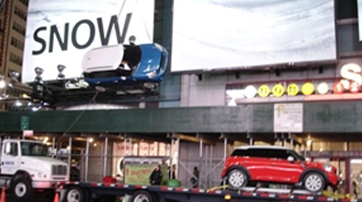 Billboard Deinstallation
Bohren’s, in partnership with a Mayflower agent, was hired to bring down and transport two actual MINI Coopers from a billboard in Times Square, New York City.  Due to the location and logistics involved, the entire operation had to take place in the middle of the night. Suffice to say it turned a lot of heads in one of the most crowded areas in any city in the US! 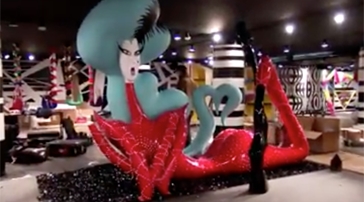 Deinstallation, Packing & Storage
Barneys NY turned over an unprecedented 5,500 square feet of retail space on the fifth floor so that Lady Gaga and her fashion director could create something that defines the pop icon’s style for Christmas holiday shoppers. Bohren’s assisted in the deinstallation and move from Barneys NY to our warehouse for storage.